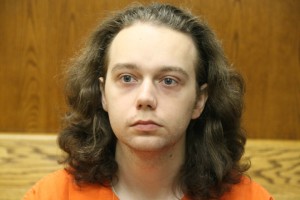 * Speaking of #MeToo and the legal profession, look for more disturbing stories like this one to emerge in the weeks ahead. [Medium]

* Best friends: which amici in the Supreme Court have the strongest track records in major cases? [Empirical SCOTUS]

* Speaking of SCOTUS, if you were a billionaire who dropped $32.5 million on beachfront property, you too would hire Paul Clement to seek certiorari in your takings case. [SFGate]

* As someone with a mild case of prosopagnosia (aka face-blindness), I totally agree with Eugene Volokh’s recommendations about nametags at conferences. [Volokh Conspiracy / Reason]

* Divorce lawyer and former Playboy model Corri Fetman, no stranger to our pages, is running for Cook County Circuit Court judge — and calling out her opponents for running body-shaming attack ads. [Chicago Reader]

* Here’s what the United States can — and can’t — learn from the small, happy, and fairly homogenous nation of Denmark (by Megan McArdle via Glenn Reynolds). [Instapundit]

* If you share my confusion about blockchain, here’s a recommendation: check out the new Integra Wallet, just released by legal-blockchain pioneer Integra Ledger. [Artificial Lawyer]

* Speaking of leveraging the power of blockchain, you simply must check out Casey Flaherty’s new Magic Money Machine™. [3 Geeks and a Law Blog]

* If you work a lot with expert witnesses, you might want to check out Courtroom Insight, for reasons explained by Jean O’Grady. [Dewey B Strategic]

David Lat is editor at large and founding editor of Above the Law, as well as the author of Supreme Ambitions: A Novel. He previously worked as a federal prosecutor in Newark, New Jersey; a litigation associate at Wachtell, Lipton, Rosen & Katz; and a law clerk to Judge Diarmuid F. O’Scannlain of the U.S. Court of Appeals for the Ninth Circuit. You can connect with David on Twitter (@DavidLat), LinkedIn, and Facebook, and you can reach him by email at dlat@abovethelaw.com.